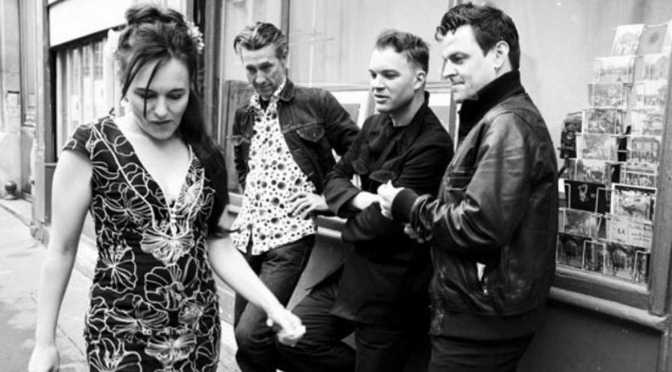 The Hillbilly Moon Explosion are Emanuela Hutter, vocals and rhythm guitar, Duncan James, lead guitar, Sylvain Petite, drums, and Oliver Baroni, bass and lead vocals. Formed as part of the Zurich rockabilly scene in 1998, they have wowed live audiences all over Europe. In recent years, their musical scope has been vastly extended from the originalrockabilly grooves to include elements of chanson, Americana, swing, and even mariachi.

“With Monsters and Gods” is released in the UK by Jungle Records. Says the band: “Why “With Monsters and Gods”? The song is about our demons and our love. Deep love. And the rest of the album is what can happen if you’re afraid of your demons and ignore them, which might lead you to “depression” and “desperation” and constantly being “down on your knees”.” The album contains the cover version Blondie’s “Call Me”.