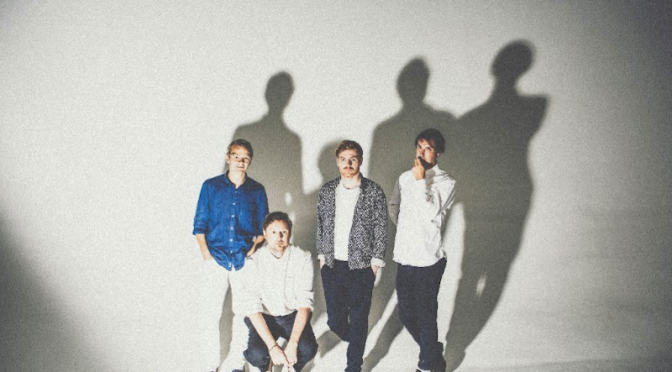 Django Django are set to return this winter with a new album entitled, Marble Skies. Serving as the follow-up to their 2015 sophomore effort, Born Under Saturn, the 10-track effort is due out January 26th via Ribbon Music.

Three of the band’s members — vocalist/guitarist Vincent Neff, bassist Jimmy Dixon, and synth player Tommy Grace — were joined by Metronomy drummer Anna Prior for the initial recording sessions at Tottenham, London’s Urchin Studios. After 10 days of jamming, they sent the material to drummer/producer David Maclean, who chopped and edited the work until it was ready to become a true album. The foursome reconvened all together at their own studio in north London to produce what became Marble Skies.

As a first listen to what this back-to-basics approach produced, the band has shared the record’s lead single,  A frantic art-rock number with echoing notes of psychedelic rockabilly, the track comes with a video directed by Maclean’s brother John, also known for helming Slow West.