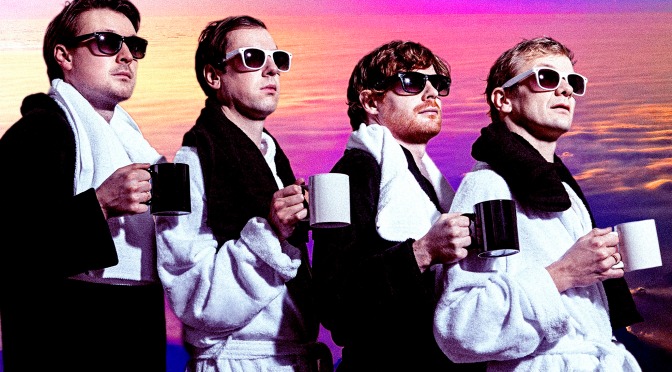 New album, new tour for Django Django! The British band will be live in Razzmatazz today. After a first eponymous album released in 2012 followed by “Born Under Saturn” out in 2015, British members of Django Django are back with a new and third opus called “Marble skies”,

Django Django  laid the blueprint for a confident, adventurous and psychedelically-bruised strain of art-rock that melds intangible electronic flourishes to the visceral rub of live instrumentation.