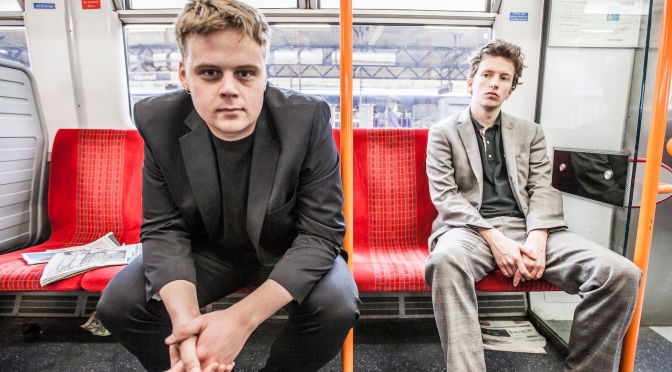 Paying homage to the World Cup songs that have held their own against time, the London-duo’s latest single is an anthem crossing between New Order and Pet Shop Boys – a combination made for a winner, and that’s what this single does. With a light hearted comedic touch, ‘Chin Up’ successfully captures the nostalgic sing-a-longs, shout-a-longs and brings home the patriotism which seemingly peaks every four years.

Releasing the music video on the same day, the cut features members of Wolf Alice and Swim Deep, as well as capturing the heart of British culture, the love of Football.