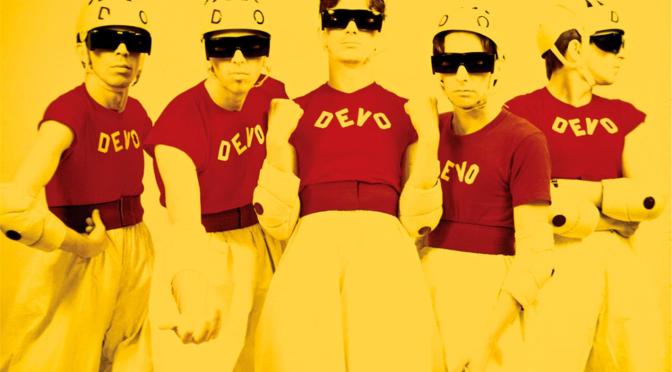 Devo were – for many young Americans – the first new wave band of any consequence. But their super-stylised image of black humour, dazzling visuals and catchy synth-pop hooks caught the attention of weirdos and outcasts everywhere.

Things really took off on Aug. 28, 1978, with the release of the band’s first studio album, “Q: Are We Not Men? A: We Are Devo!” The song Mongoloid was included in that debut record.