The tectonic plates move every time Erykah Badu wants them to. The first and strongest earth tremor was her debut in 1997, Baduizm. All those nostalgic for soul classics agreed about the excellence of that game-changing album (Erykah was the last link in the Diana Ross-Ann Peebles-Chaka Khan chain), as did the gourmets of black pop who came from the school of Janet Jackson and TLC and even the hip hop generation understood that that R&B was another dialect of the same language. But the earthquakes didn’t start and end then: with Mama’s Gun and Worldwide Underground Ms Badu even took on black rock (a terrain usually reserved for imitators of Hendrix) and with the incredible diptych New Amerykah, she took on the world of p-funk. Now after years of studio silence, only interrupted by a few mixtapes, the queen of afro has come back to the studio and stages to remind us that her elegant live performances are like a reverse striptease: every note, every word and every collaborator that dresses her show, make her more sensual, more exposed and more… Erykah. 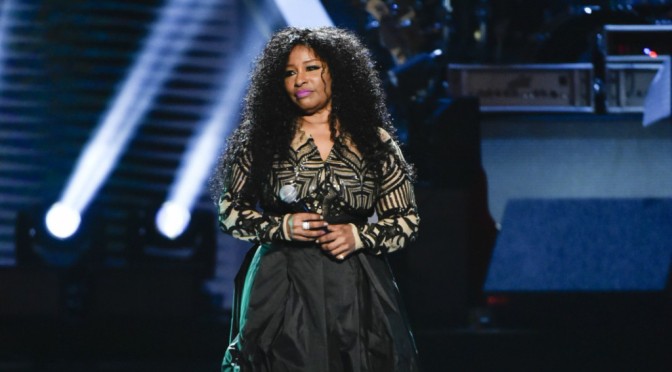 After 10 years of silence on the dance floor, the spirit of funk has finally been revived because Chaka Khan has re-emerged with a new single called “Like Sugar.” The timeless track is a collaboration with Major Lazer member Switch. The Kim Gehrig-directed visual is essentially the dance party of your dreams as a colorful cast of dancers perform choreographed routines while decked out in the freshest fits. Chaka Khan has also signed to the producer’s new label, Diary Records. The Queen of Funk hasn’t released new material since her 2007 album Funk This.