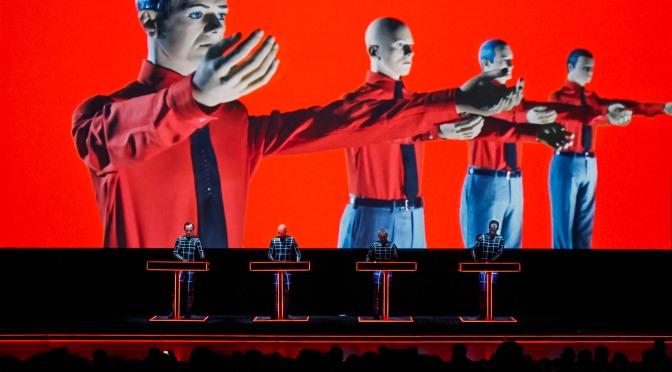 Following their successful worldwide 3D concert tours, the pioneers of electronic music Kraftwerk present their show at the Festival Jardins Pedralbes. Their compositions, which employ innovative techniques, synthetic voices and computerized beats, have made a huge international impact on so many music genres. During their live concerts, Kraftwerk (made up of Ralf Hütter, Henning Schmitz, Fritz Hilpert and Falk Grieffenhagen) illustrate their belief in the respective contributions of human and machine.

The Lumineers path to success was quite a hard one. Their project started very early, when Wesley Schultz (singer and guitar player) and Jeremiah Fraites (drums) started to write songs in order to overcome their brother and friend´s Josh Fraites death.

It wasn´t until they met the chelo player and vocalist Nayla Pekarek that they established as The Lumineers in 2010. When one of their first singles, “Stubborn Love” appeared in an Obama playlist in Spotify, their album remained 46 weeks at the Billboard lists.

Their debut tonight in Pedralbes is part of the tour that is presenting their new album “Cleopatra”, in which they got inspiration from Bruce Springsteen, Bob Dylan and Leonard Cohen. Their Americana ageless sound blends nicely crafted folk songs with postmodern cinematic landscapes.