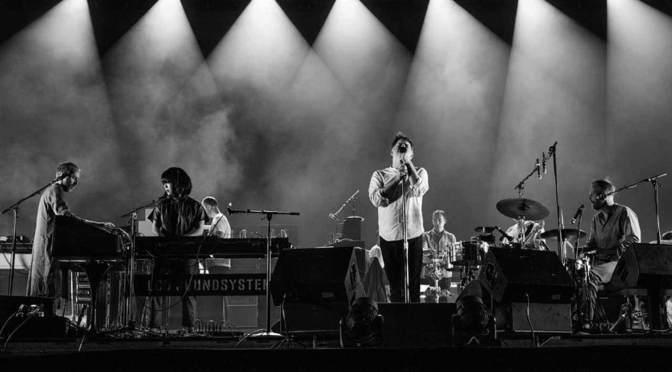 LCD Soundsystem  released a cover of Heaven 17’s ”(We Don’t Need This) Fascist Groove Thang,” recorded live at Electric Lady Studios. The original “Fascist Groove Thang” was released in 1981 by British New Wave band Heaven 17, and it addressed the rise of right-wing governments in that decade. It focused in on Reagan—in fact, the song was banned by the BBC out of fear of libel charges—but other far-right politicians were included in that gaze, if not by name specifically. It was a desperate song for what appeared to be desperate times. If only they knew. LCD doesn’t change much here, because they don’t need to.