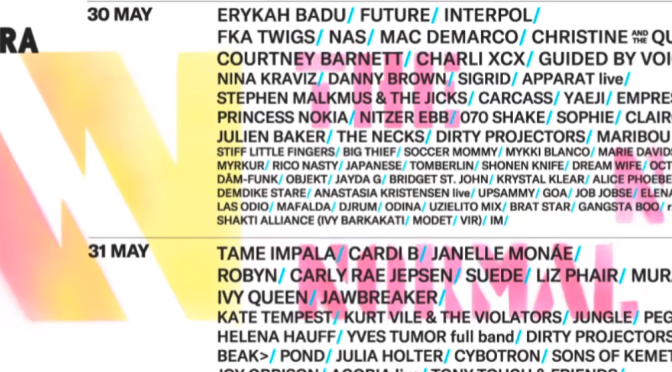 The wildly popular Primavera Sound festival has announced the artists who will take to the stages in its 2019 edition, which will be held at the Parc del Fòrum in Barcelona from Friday, May 30 to Saturday, June 1. This year, half of the artists on the line-up are women, bringing more equality and just as much brilliance to the festival.

As for electronic music, look out for Richie Hawtin, Nina Kraviz, Modeselektor, Helena Hauff, Objekt, Veronica Vasicka, Yves Tumor, Apparat, Suzanne Ciani, SOPHIE and Mykki Blanco, as well as artists in Primavera Bits, a festival within the festival on the other side of the Por Fòrum bridge.