Amber Mark knows how to make music that goes the distance. Born out of a love of music and travel Amber Mark‘s sound knows no bounds. After her 2017 Grammy nomination for Best Engineered Album Amber got right back to work, determined to keep pushing full speed ahead. Amber Mark isn’t affraid to push the boundaries of her music. Blending R&B sounds, with Gospel samples, and just a pinch of Bosso Nova, this album has something for everyone and then some.

Rolo Tomassi  are very hard to pigeonhole, who almost destroy the word genre completely, with their blend of punk, metal, jazz, art rock and to some extent classical music. They are named after the fictional character in the film LA Confidential.

They have returned with a new single, titled Cloaked, and share news of their signing to the entertainment company eOne.

Cloaked features sporadic stretches of unrestrained aggression in the form of chaotic riffs and unruly percussion, framed between choruses of light and airy vocal lines. 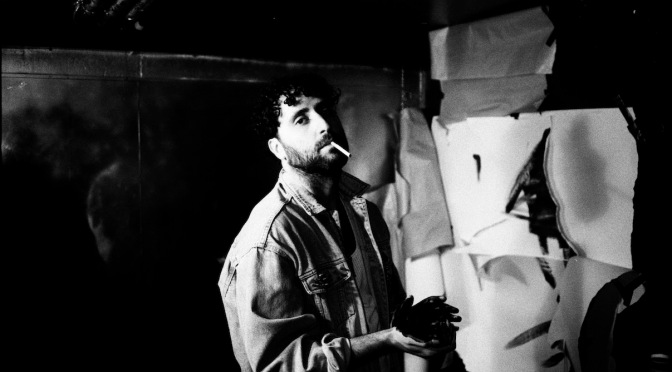 London-based artist and producer Subculture recently unveiled his mixtape I Dream of Everything via his own label Twisted Heart Records. The release is home to twelve mesmerising tracks that encapsulates his fascinating sound that delicately blends elements of electronic music, jazz, hip-hop and more. I Dream of Everything also sees Subculture pair up with Tertia May, Desta French, Hemi Moore, Louis VI, Rachel Chinourini, Grand Pax, Goya Gumbani, Cold Callers and Stella Talpo. He takes us through the influences behind the release below.

Delaporte is a Spanish and Italian electronic music band based in Madrid, created by Sandra Delaporte and Sergio Salvi. Both of them come form a strong background in Madrid’s funk, soul, R&B, and jazz scenes, an together they’ve decided to carve out their own path in the music world. After launching a few covers in Youtube, they were ready to unleash their own style,  which encompasses sonic flavors from Bomba Estéreo and Nicola Cruz, to Jamie XX and Charli XCX. This year they’ve released their debut album: Como anoche. Tonight in concert at Sala Apolo.

The Dutch group Jungle by Night blends, in an exciting manner, the influences of krautrock, dance, jazz, afrobeat and pop. Known for their danceable, powerful, energetic and contagious live performances, this young group of nine musicians present Livingstone, their fifth album released by the prestigious Rush Hour Records, in which their afrobeat is close to synthesizers.