Pure Norwegian Punky Sweetness. A punk attitude combined with a nerdy knowledge of pop history, makes for an explosive package often compared to Le Tigre, Deerhoof and Duchess Says. Sweet sing-song vocals are mixed with intense grooves, bouncy guitars and crazy riffs, and make Pom Poko a feat to behold live. Reduce the testosterone, increase the sugar rush, and get ready for this K-PUNK explosion. 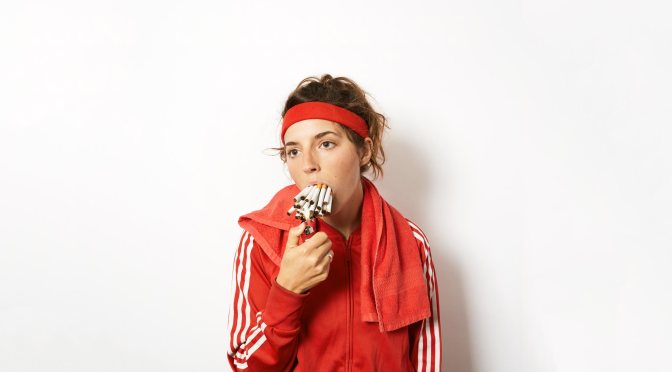 An obsession with money, an unfaithful lover, a friend’s accidental pregnancy, misogyny, loneliness, death… This is just some of the lighthearted subject matter that make up LONER––the darkly comedic second album from songwriter/producer Caroline Rose. Armed with an arsenal of new instruments and equipment, an ever-growing sense of “ahhh fuck it,” two years of exploration, and a wicked sense of humor, Rose delivers a set of serious songs wrapped in a sprightly, angsty pop burrito. Because, as Rose puts it, “Sometimes sad songs just need a cocktail”.

“I call it Schizodrift,” she says sipping on a martini with her pinky out. “I want to make music that sounds as manic as I feel.” Filled with catchy synth hooks, Ray Manzarek-esque Farfisa, surf guitar, depth of thought and a punk attitude, LONER captures the energy of bands like Le Tigre and The Cramps, and nods to the styles of Blondie and DEVO, the pop hooks of icons like Justin Timberlake, all the while being inspired by the artistry of Kate Bush.

He was the frontman of Gravy Train!!!!, he reached the peak of the most flexible and colourful garage music with Hunx and His Punx and he is still there, flying solo now reinventing himself as synth-agitator with a club-ready sound. Accompanied by guests such as Kathleen Hanna, Tavi Gevinson and Chela, the Californian artist embraces deconstructed electro-pop and digital punk on a self-titled LP that is full of synths, catchy melodies and musical influences that go from eighties synth pop to the passion of Le Tigre. Primavera Club present him tonight at La2.