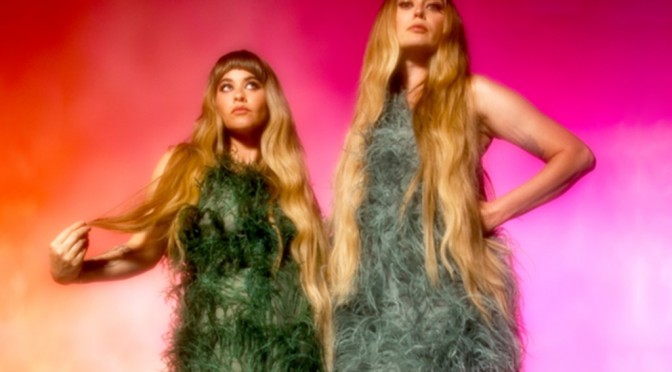 Every Lucius song begins with what Holly Laessig calls “coffee talks,” in which she and Jess Wolfe share what’s on their minds—and in the spring of 2020, they had a lot to discuss. Since 2007, Laessig and Wolfe have written this way, learning each other’s stories by heart before weaving them into the lyrics and chord progressions of their inventive indie-pop anthems.

Since releasing their debut album, Wildewoman, the Brooklyn band has brought their unique brand of ’60s-style pop to stages all over the world and received critical acclaim,

Pavo Pavo is about to release their debut album on November 11 under Bella Union Records – it will be entitled ‘Young Narrator In The Breakers.’ This is a group of young but extremely competent musicians who worked closely with indie and classical heavyweights such as Here We Go Magic, John Zorn, Dave Longstreth, Porches, Olga Bell, Lucius, Roomful of Teeth, and San Fermin. The record was co-produced by Danny Molad (Lucius) and Sam Cohen (Yellowbirds, Apollo Sunshine), so expectations should be high.