London band Oh Wonder have unleashed their brand new video alongside news on their upcoming album Ultralife. ‘Heavy’ launches with a fascinating new video, recorded on set in London with photographer Josh Shinner. The video painstakingly stitches together 2665 individual photographs to create the allusion of the British duo dancing within a makeshift colour cube.. Their new album of the same name will be out on 16th June via Island Records! 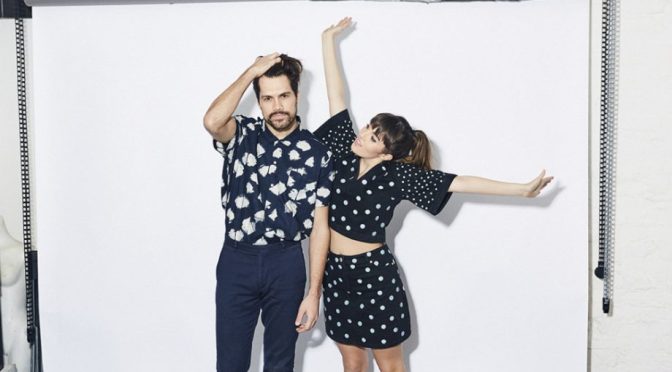 London-based writing duo Anthony West and Josephine Vander Gucht originally came to light under the name “Wonder Wonder,” which they changed after posting two songs on their Soundcloud page. A band with a similar name suggested that they change their name, but the two insisted on keeping their favorite word “wonder” as a part of their stage name.

In September of 2014, they began releasing one song on the first of each month, which would last for an entire year. They probably didn’t think that their project, Oh Wonder, would explode. Their self-titled debut album, packed with twelve gems released across the course of a year, became something of a phenomenon. Now they come back with a new gem called “Ultralife”.