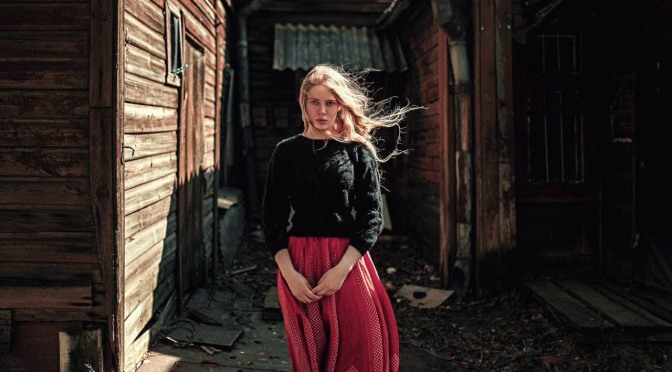 Back in June, Pharrell launched the music career of NYU student and singer Maggie Rogers when a video of him reacting to her song “Alaska” went viral. Since then, the song has been played nearly 20 million times on Spotify alone.

Now Rogers has a video to go along with “Alaska.” Directed by Zia Anger, it features Rogers and a group of dancers as they twitch and spin through a dark woods. By the end of the song, the small party has grown to a full-on rager.

Rogers is still unsigned but says she’s working on an EP. In the meantime, she’s got two full-length albums, which she made in high school, available to hear on her Bandcamp.