What can we say about Jarvis Cocker that hasn’t already been said? He may describe himself as a short-sighted musician & broadcaster from Sheffield, but we know him as an icon. As the lead singer of Pulp for 34 years, he created songs that you’ve sung back at him and that have soundtracked all the important moments of your life. You also know him as the creator of two magnificent solo albums and as the man who released Room 29: a song-cycle written in collaboration with the Canadian pianist, Chilly Gonzales.

Last year he returned with new material. He played tiny clubs and caverns throughout the UK, presenting his new musical ensemble, JARV IS. 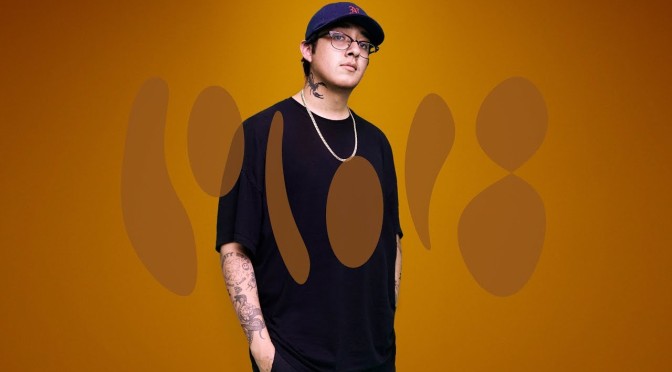 Admirers of Mac DeMarco’s rowdy pop, followers of Ariel Pink’s heterodoxy, fan clubs of Ezra Furham’s smile, all those who miss the word “nerd” (and maybe even still use it), please go to the new meeting point: Hawthorne, south of Los Angeles.  Because this Californian enclave is now not only the town of the Beach Boys, but also the place in the world where Cuco’s little heart beats. Thanks to one self-released EP per year since 2016, Omar Banos has, from his bedroom, connected with the wakefulness of post-millennials worldwide. And although he applies the lo-fi mise en place to whatever genre he is cooking up (sunny-side-up, hip-hop, psychedelic soup, a mariachi picadillo in honour of his Mexican roots…), when going live, he brings out the Sunday crockery: up to nine indie big band musicians amplify the great Cuco’s small songbook.

Eat more fruit. Answer that message from the boy from the other night; honestly it might be worth it. Call your mum more often. And listen to The Beths. This is what the future “you” would say to today’s “you”, or at least to the next May’s “you” when you get to the Parc del Fòrum. The Beths are a band with a jazz formation who don’t mind getting dirty to make pop-punk with glow-worms. Because they are from New Zealand and although that seems far from everywhere, you will see how close it feels. And because that day in the future will come, when you realise that you wasted too much time not being happy because you didn’t listen to the right music. Believe us, you will thank yourself for having let the contagious light and vibe of The Beths into your life… and call your mum, for god’s sake.

Where am I? What is this? The future, the good life or Plato’s cave? No! It’s Aïsha Devi’s galaxy. This  producer performs sets where music is not the (only) protagonist. They are a spectacle, an experience. A mixture of extra-terrestrial sounds and philosophical-tantric visuals. The Swiss artist will present her most powerful non identified flying album to date: DNA Feelings. A journey that will take us all on a spaceship to the Devi mystical universe. After this abduction, you will never be the same again. We promise. Today at Primavera Sound.

Tame Impala is Kevin Parker –  the almost legendary messianic figure and creative soul who has developed the particular sonic universe of psychedelic pop cultivated with guitar pedals, delays, reverbs and liquid explosions of color. There’s no one like him in the current music scene. We were left in 2015 with Currents, Tame Impala’s third album which ventured further into the pop genre, and added dance beats and R&B that only served to underpin the enthronement of the Australian.

For his fourth album, Tame Impala remained true to his usual impenetrability and stands silent, but we have seen him parade through a number of collaborations: he has shared the studio with Mark Ronson and SZA, he has produced Lady Gaga and Travis Scott, Rihanna covered him on her latest album, he has remixed Mick Jagger and Miguel and has released songs with A$AP, Rocky, Theophilus London and ZHU. So what does all this mean? Well, we know what Tame Impala has been until now, but we haven’t a clue what will happen when he visits the festival again. And that can only be a good thing. Tonight at Primavera Sound.

We apologise if we scared the hell out of some of you with that baseball cap in our Primavera Pack, the one that said ““Ex-indie”, before releasing the line up so that you could delight in all the names … and relax. Did you think we had forgotten about you, you nineties lovers? Never, whilst Stephen Malkmus has a guitar and still feels like playing it: and it is patently obvious on Sparkle Hard (2018), that the most famous fringes in Pavement have a long career ahead. With seven albums under his belt (one solo and the rest of them with The Jicks), the Portland artist leaves behind him spatio-temporal labels to bring together classical melodies and deafening contemporary lyrics (references to the #MeToo and #BlackLivesMatter movements included), without forgetting to deliver three or four tracks with his delightful morning sparkle trade mark, as reassuring as it is characteristic. And as he himself sings on Middle America, “I will not disappear”. We have Malkmus, habemus indie, for some time to come. Tonight in concert.

5- THE NATIONAL ‘Somebody Desperate’