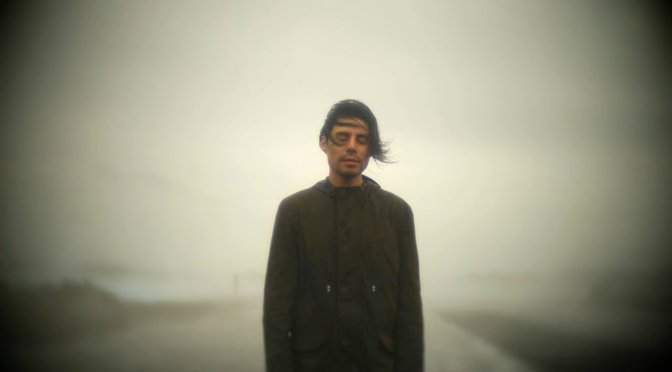 Californian, Ryan Karazija started Low Roar when he moved to Reykavik, Iceland in 2010. It is easy to attribute his atmospheric music to Iceland. It immediately calls to mind the landscape feel as elicited by two of it’s most famous exports: Bjork and Sigur Ros. His eponymous 2011 debut, also showcased his delicate vocals, a cadence similar to Thom Yorke’s, that against the rich, cinematic background, found favor with fans of Radiohead; and bands inspired by them such as Other Lives.

Two years after Once in a Long, Long While…,they have just released a new album called ross. Tomorrow in concert a Sala Sidecar.

Emerging country musician Orville Peck, who is gay, only appears in public in a cowboy hat and mask, and his voice has earned favorable comparisons to Roy Orbison, Chris Isaak and Elvis Presley.

When listening to the mysterious nomad’s recently debut album Pony, it is clear the dusty roots of country music flows heavily through Peck’s bloodstream. Adopting and expanding upon an outlaw demeanor best illustrated by the likes of Willie Nelson, Loretta Lynn and Waylon Jennings decades ago and more recently, Sturgill Simpson, Peck renders the timeless genre with otherness. Tomorrow in concert at Sidecar.

Mystic Braves might be rooted in the psychedelic scene of the 1960s, but the band’s moment is happening right now. Based in Echo Park, Los Angeles—home of a white-hot garage band revival of which the Braves are at the forefront—this five-piece musical sensation started out as a hobby, but for the musicians involved has become much more. They describe their music as a a blend of influence and sound that is unprecedented in contemporary music.

Their last album dued last year is ‘The Great Unknown.’ Tonight in concert at Sala Sidecar.

The initiative ‘Vida on the Road’, which was launched by the Vida Festival, to take different artists to big cities around Spain, New York musician Steve Gunn is playing tonight at Sala Sidecar. He presents his fourth album, ‘The Unseen in Between’ (2019), the latest example of his ability to update, renew and reinvent the most classic essence of rock.

Hola Chica, was born in 2012 in Barcelona and combines pop songs with a good dose of synthesizers for achieving a fresh, danceable and elegant sound. Three years ago they released their first album Magnetism and last year they shared two new songs. Tonight in concert at Sidecar.

The KVB is the nom de plume of Nick Wood and his partner Kat Day, a two-piece outfit from the UK who combine an electronic-shoegaze-industrial garage musical aesthetic with an intense visual live show. In the beginning The KVB was Wood’s bedroom project, an opportunity for him to explore different sonic textures outside of the confines of his ‘regular’ musical projects.

The KVB will perform tonight their sixth album, the follow up to 2016’s Of Desire titled Only Now Forever, at Sidecar.

Since 1996 (for early adopters), and 2002, when the UK band The Coral released their eponymous first album (which wasted no time climbing the UK charts, resting at number 5). Their brand of psychedelic Rock/Folk has helped other bands to emerge within the new style. To date, the band has released eight studio sets, their last being Distance Inbetween (2016).

The Coral have releases their newest album, Move Through The Dawn and today they will play it in concert at Sidecar.