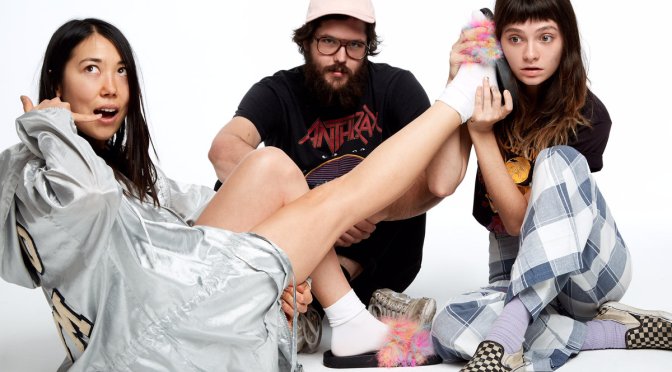 The punky Los Angeles band Cherry Glazerr released its first album, “Haxel Princess,” before its songwriter, singer and guitarist, Clementine Creevy, had graduated from high school in 2015. By then, she had also held a recurring role (leading a fictional band) in the series “Transparent”; done some modeling; and started writing Cherry Glazerr’s second album, “Apocalipstick,” She has soaked up a history of women’s punk, post-punk and grunge, glancing toward Blondie, Siouxsie and the Banshees, the Go-Gos, Sleater-Kinney and Hole among others, and she makes melody a priority whether a song barrels ahead at punk speed or digs into a sharp-elbowed midtempo riff. On “Apocalipstick,” Cherry Glazerr has grown from three members to four, and it moves beyond the lo-fi sound and throwaway sarcasm of the band’s debut. Ms. Creevy, 19, has a lot on her mind: female solidarity, junk food, insecurity, wildness, even thoughts about professionalism. And she sings like she has most of the answers.