K Á R Y Y N is a Los Angeles based artist whose Syrian upbringing is intrinsic to her art. A case in point is debut single ‘Aleppo’, an emotional tribute to the Syrian city, torn apart by the civil war that has devastated the country. Questions of identity and dislocation are clearly at the heart of her practice, a point further emphasized by the use of her track Moving Masses in Marina Abramovich’s opera ‘Of Light’, which received praise from none other than Björk following its premiere in the Icelandic capital.

While parallels between the two singers can be found, both in K Á R Y Y N‘s astonishing vocal range and in her favouring of glitchy, electronic production, it’s the latter artists’ sensibility to her upbringing and her desire to join the ancient to the modern, the east to the west, and the underground to the mainstream in her music that marks her out as a true original. “Sometimes I feel like my voice belongs to my ancestors”, she has said, in relation to her Armenian grandparents, who escaped the genocide of the previous century, only to experience the current war in this one. With a voice that seems to contain all this inherited pain, while at the same time having the ability to soothe it, K Á R Y Y N‘s performance at SonarComplex will be nothing short of revelatory. 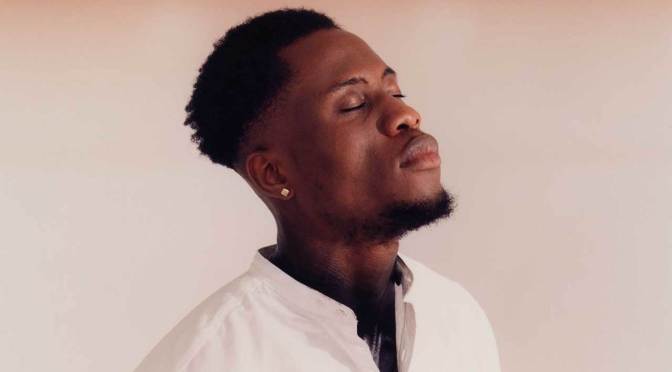 Concocting a heady cocktail of gospel soul, afrobeat percussion and trap vocal cadences, the artist born Steven Umoh spans a number of genres and styles without quite belonging to any of them. Which is precisely what makes him so captivating. Born and raised in Nigeria, his ambition was to become a rapper in the US mold of Eminem or Nelly, until a move to the UK to study taught him to harness his identity to create his own style – a totally unique baritone that spans from a Tom Waits rasp to griot to soaring neo soul – often in the space of the same song.

Capturing the attention of XL Records Richard Russell early in his career, Obongjayar contributed vocals to the veteran producer and label boss’ 2017 EP ‘Close but Not Quite’. Since then a steady stream of ep’s have marked him as an essential, and totally unique voice in soul music – wherever it may hail from.

Since releasing “Movement” a decade ago, Herndon has consistently pushed at the boundaries of music creation, in the process further erasing the line between programmer and musician. Concerned intimately with the internet and the networked individual, her 2015 LP Platform is considered a watershed moment in the scene. As we approach the end of the decade, Holly continues to explore the nature of our reality as humans through technology like no other being. Today at 16.30 at Sónar.

The Sónar festival of arts, design, and electronic and advanced music, which won the Time Out Barcelona Award for 2018, fills up the summer in the city once again – from Thursday, July 18 to Saturday, July 20, this year a month later than usual – with top-notch artists such as American rapper A$AP Rocky and London grime producer and MC Skepta, as well as emerging stars like Ross From Friends, Octavian, Murlo, Bad Gyal and DJ Andy C.

Bad Bunny is a Puerto Rican international superstar, singer and producer who moves between pop, trap and reggaeton, and he’s one of the big draws to Sónar by Night this year. As for experimental music during the festival, Sónar closes out this year’s edition with The Matthew Herbert Brexit Big Band on Sunday July 21 at the Teatre Grec, where the Herbert is accompanied on stage by more than 20 musicians and 50 voices from the local Pilot Choir from the ESMUC music school.

The audiovisual projects from Daito Manabe and ZA! show us how music affects our brains, and audiovisuals also play a part in ‘Flamenco is not a crime’ from Los Voluble (who you may have caught if you were at Sónar in 2015). They’re added to a line-up that also includes performances by avant-garde pioneers in Spain Macromassa (Víctor Nubla and Juan Crek), Eastern rhythms from Acid Arab, and sessions by Louie Vega & Honey Dijon, Jarreau Vandal and DJ Krush, among others.

Other big draws to this 26th edition are British band Disclosure with their quality house with mainstream potential and a new DJ show, and the new live show from Paul Kalkbrenner, one of the most homegrown producers on the Berlin techno scene, with his eighth effort, ‘Parts of Life’ (2018); performances by Four Tet (in their only festival show in Spain this year); Arca, presenting new material; hip-hop hero Vince Staples; a session from DJ Koze; an audiovisual show from Underworld; Holly Herndon, accompanied by an ensemble of vocalists, musicians, and AI machines; and live acts by Jlin, Kaytranada and Fennesz.

As for the DJ sessions, watch out for Dixon, closing out Sónar by Night on Saturday, the six-hour set from Floating Points, Maya Jane Coles (presenting her project of urban bases, Nocturnal Sunshine, during Sónar by Day), Amelie Lens, Artwork, and Blawan & Dax J. More recently added to the line-up of DJ sets are Daniel Avery, Erol Alkan and Body & Soul, and the live shows from Dengue Dengue Dengue, Kelly Moran (with a spectactular Grand Piano AV Show), and Red Axes.

As usual, the audiovisual shows are also a big attraction, like the one being debuted by British producer Actress, who will perform live with AI software, the one from Tunisian producer Deena Abdelwahed, and the one from Berlin art-grime figure Lotic.

Another of the festival’s strengths is the Sónar+D congress dedicated to creative technologies, which this year is now in its 7th edition and on from July 17 to 20, bringing together key people and projects that are shaping the future of design, music and creative technologies.

Highlights include the design of experiences with teamLab, an interdisciplinary study of immersive digital technology recognized worldwide as the most influential in the field of digital creation, and Japan’s Daito Manabe and neuroscientist Yukiyasu Kamitani, who will present their unique research to visualize our thoughts.

You can also learn about the success stories of CANADA (tops in the field of directing videos), Teenage Engineering (Swedish synthesizer design company), and the multi-award-winning artistic videogame Gris.

Everyone is talking about Octavian. With one foot in Grime and the other in the spaciest reaches of the rap world, this young French born, London based artist has quickly found his own sound, impossible to categorise but unquestionably unique. His lyrics, mature, reflective but honed in the streets, convey the worldly nature of a man who at 21 years of age has been through the death of his father, a cultural uprooting (from France to Camberwell) and the contradictory peaks of attending two years on a scholarship to London’s private Brit School, followed by long stretches sleeping between friends sofas and the street.

Perhaps it’s due to these conflicting experiences that his tracks startle for their open minded approach to genre: drawing on spacey synths and hard edged trap beats, before veering into house or techno breakdowns. This virtuosity is on display in his early hits – Party Here (with more than a million views on youtube), 100 Degrees or Little – as well as across his two mixtapes to date: Essie World and Spaceman, both of which were critically lauded for their intelligence, authenticity, range and profound sense of rhythm.  This friday at 00.50AM at Sónar. 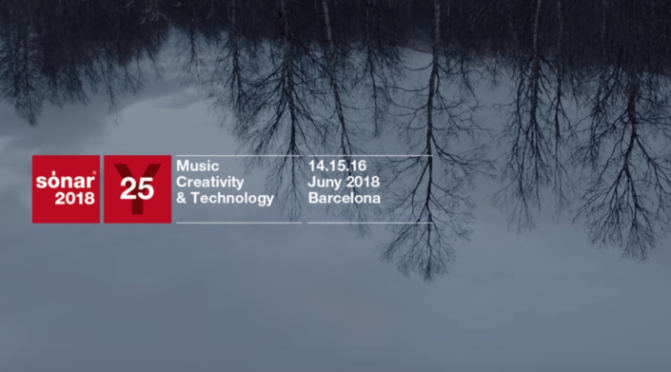