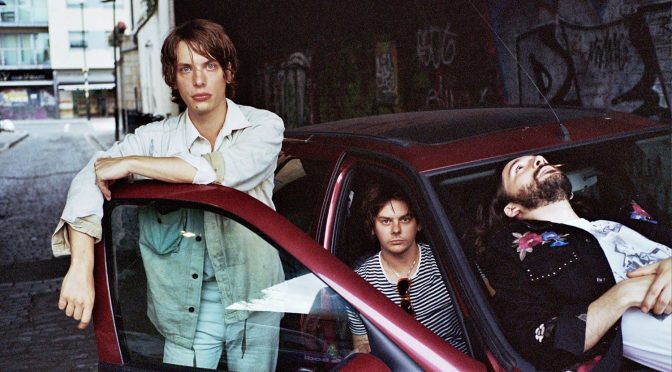 Oli Burslem/Andy Jones were born in the Black Country and raised in the suburbs. Moved to London and started selling curiosities in markets, which led to them meeting other musicians. They also put on an artwork exhibition with Thurston Moore. In the meantime, songs were written in a basement of a furniture store in east London. It was dark and YAK were born. Kiwi drummer Elliot Rawson joins to bang the drums.

Yak have announce their second album titled ‘Pursuit of Momentary Happiness’. The record will be released via Virgin EMI/ Third Man Records in next February and includes recent singles ‘Bellyache’ and ‘White Male Carnivore’. On top of this exciting news, the band have released another taster of what’s to come in single ‘Fried.