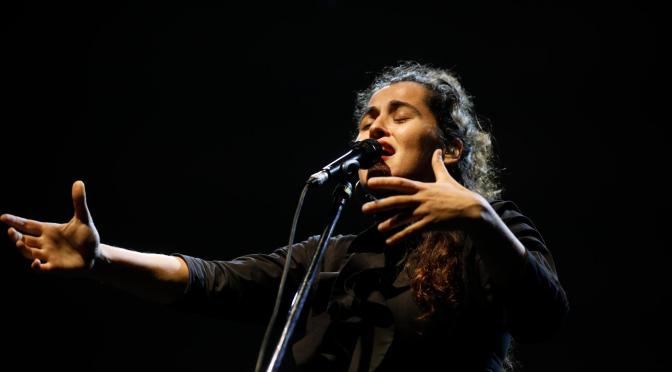 For Silvia Perez Cruz (Palafrugell, 1983), life without music is meaningless. Ever since her first (paying) gig at age thirteen, the singer has been going at her own speed, sometimes accompanied, other times alone. She has filled theatres in big cities, but also in small towns in all four corners of the world. She has received two Goya film awards for the best original song (Blancanieves; 2012, and Cerca de tu casa, 2017) and in 2014 Spain’s Rolling Stone magazine named her best female solo artist of the year. She’s dared to sing lyrics fromFederico García Lorca, Edith Piaf and Caetano Veloso, and many more, not only in Spanish, but also in Catalan, English, French and German. She’s experimented with Jazz, Flamenco, Habaneras, Fado, and classical music.